← Lex Chase Answers The Often Asked “WTF Do You Get Your Ideas?”
His Lion Tamer → 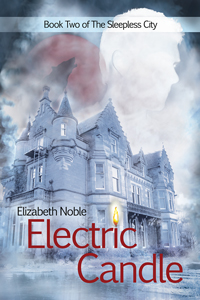 Blurb:  Sequel to Shades of Sepia

When a vampire finds his soul mate, the bond is forever. It’s love at first sight. Or is it?

Flint, Ohio, Homicide Detective Jonas Forge has been a vampire for nearly two hundred years. He’s fought wars, seen life go from the simple but hard colonial days to the modern, high-tech world. He’s evolved with the times, adapting with each new era, blending into each new life. The one constant is his best friend and lover, Declan.

Until Forge’s soul mate tumbles, literally, into his life.

Even though they’re not fated to be together forever, Forge and Declan are perfectly happy. Despite the pheromone attracting him to his soul mate, Forge isn’t thrilled with the guy, and the feeling seems mutual. While trying to adjust to his clumsy soul mate and equally awkward feelings, Forge is on the hunt for the serial killer who’s leaving a trail of bodies, and who witnesses can’t identify. But Forge better watch out. When his work collides with his love life, things really heat up.

Review:  Another fantastic installment in The Sleepless City series. I enjoyed this book so much. It fulfilled most of the unfinished promises from Shades of Sepia  and left some more ready and awaiting the next book. These authors did a fabulous job of creating a fun and seamless joint effort of continuity and diversity in each book,

These guys are in a mess. I felt so bad for all three men. It was no one’s fault that the two men who had spent centuries together were not meant to be soul bonded. They’d sustained one another through their endless lives, saving at times both each other’s life and sanity. But, oh, the crippling burden of being so outclassed coming into a soul mating, something you didn’t even know existed, to a man in love with someone else. And for nearly two centuries? Please, just kill me now!  Blair was amazing! I ached for him. And Declan. And Forge, he, well he was mostly an ass, but I think it was mostly because he was so screwed and had no idea what to do. I still wanted to smack him. But I mean come on, dude was hosed six ways to Sunday, no doubt. And he pulled it out in the end and he really was trying.

But that’s part of what made this book so good. This is a super sucky no-win situation and yet it was fun, silly, sweet, funny, charming and both a romance and a buddy cop drama all in one. And the ending left nothing but promise for everyone.

We get to spend quality time with the crew from the previous book and our lovers, Simon and Ben, are doing splendidly. There is something immeasurably precious about our friends and lover, they are the family chosen by our hearts. There is another serial murderer running around. I do believe that the safety and tranquility of Flint, Ohio has been greatly exaggerated. Because back to back serial killers seems a lot for a small town. And the group rallies together to solve the mystery and save the day.

The world building was superbly done, maintaining and building on the world created in the first book. The new supernatural was interesting and fun. It highlighted some of the dynamics of soul bonds well. We learn a little more about the werewolves and meet a few more. There is definitely more story to be enjoyed there.

There will be another book, there has to be. You know what was seen and then forgotten, don’t think us readers forgot. The only questions are who is going to give us our next story and how soon can I read it? Cause I am hooked and I really want the next one, now please.

← Lex Chase Answers The Often Asked “WTF Do You Get Your Ideas?”
His Lion Tamer →