A Chat With the Infamous Neko

It’s been years since we’ve last spoken with Neko. In that time, so much has happened to her and well, to her life. Her home is now with Cole McGinnis and Jae-Min Kim, a lovely two story Craftsman mansion tucked among the trees in a well-to-do Los Angeles neighbourhood. 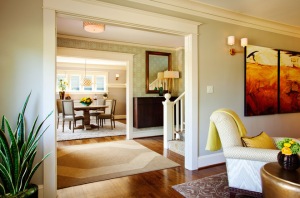 She is as dainty as she was the last time I saw her. None the worse for wear after surviving a bombing attempt on her life, Neko-chan is a fluffy diva who greets me with a soft meow when I arrive. Sitting amid soft cushions, she is regal against a tufted red velvet sofa, her orange-gold eyes bright against her shiny black fur.

Hello and thank you for meeting with me. It’s a pleasure to see you again. So many readers follow your exploits through the books and have sent in a few questions they’d like you to answer. Shall we begin?

Neko: You are welcome to be here. Of course. Talk. But quickly. There is chicken for dinner tonight. I will be hungry soon. And then soon after that.

First question: How did you become Jae’s cat?

N: The first minion I had was flawed. Faulty. He decided he’d prefer to have a girlfriend than the precious gift of a cat. I chose to go with Jae-Minion because he worshipped me. Later, that failure came crawling back to me and asked if I would go back to him because the girl was unfaithful. I told him no. Once you are unfaithful to a cat, you are always unfaithful. If a lover tells one to choose between a pet and a lover, that is not someone you should have in your life. Love is not disposable.

I also peed and puked in his shoes when he came to visit to show my supreme disgust. Jae was nicer in saying no than I was but he is polite.

How do you feel about Cole?

N: Cole-ah is a good minion. He came to pull the building off of me when it fell and even though he cannot breathe when I am around, he understands the necessity of my presence in Jae-Minion’s life.  Because of this, he takes pills so he can be around me. I try to show him this pleases me by sitting on his face every time he lies down. It will make him stronger—more resistant to the itches in his nose.

He also sneaks me pepperoni when Jae-Minion is not looking. The vet—a bad poking man with the cold metal thing says it is horrid for me but to that I say—hairball. Cole-ah also gives me bacon.

Do you like living with Cole and Jae? How was it after Jae got hurt?

N: Cole-ah brought Ichi-Minion to the house to watch me while Jae-Minion was being looked over by his vets. I was told Jae-Minion would be home soon afterwards and I greeted him very nicely when he came home. I sat with him for a long time—days even—so he would be warm and as you know, a cat tongue heals everything. He is much better now.

I like the new house. It is large and there are climbing spaces for me. I also have several cat boxes and Cole-ah has an enclosure device he is going to put around a window sill so I can sit in the fresh breeze if I want. Jae-Minion thinks he is crazy. I believe it is merely showing his supreme devotion.

Are you concerned that Cole’s investigating leads him into dangerous situations?

N: What is more dangerous than not feeding me when it is time to be fed? He and I have already had that discussion once or twice and swift retribution was taken on my part. Sometimes minions need to be reminded about their place. He will always return because he has a duty. One does not simply shirk their duty to a cat simply because they are being shot at or run off the road. What kind of nonsense is that?

What are your impressions on Cole’s friends and family?

N: I like Ichi-Minion.  He knows how to treat a cat. Brother-hedgehog-head can be troublesome but he is quickly reprimanded and then he is obedient.  I like Large-Loud Woman from the front.  She calls Cole-ah a fool but he loves her. He makes her things to drink when she comes over. And Nuna is one of my loves.  I consider her as much of a cat as I am.

Tell me about how you think Cole and Jae are doing now? Is Jae okay with his mother disowning him?

N: Jae-Minion is better off without her. That woman is less than a dog hair. There are others in his life who love him. Nuna does. Large-Loud Woman does. Even Funny-Legs Lady loves him. And then there is Cole-ah who would dig Jae-Minion out from under a building if he needed to. That is truly a sign of love.

Jae-Minion is happy. I can hear it when he speaks. He purrs underneath the noises he makes. Life is much better. Less tears. More tuna. Definitely more chicken. And I was even given sardines—they were good. So yes, we are happy.

Now if only I could get a hold of the yappy rat-dog that lives in the next house, my life would be divine.

I thanked Neko for her time and was rewarded with an opportunity to scratch her belly. I hesitated to do so but Jae-Min came in from the kitchen with glasses of iced tea and told me it was safe. She rolled over and purred, her eyes hooded as she eyed her favourite minion.

“She’s a little silly,” he remarked, his fingers digging in between her back toes when she stretched her legs out towards him. “But I couldn’t imagine living without her.”

“No, I can’t imagine you could,” I agreed and the cat winked at me as I drank my tea.

Sheila Pinelli needed to be taken out.

While Sheila lurks in some hidden corner of Los Angeles, Jae and Cole share a bed, a home, and most of all, happiness. They’d survived Jae’s traditional Korean family disowning him and plan on building a new life—preferably one without the threat of Sheila’s return hanging over them.

Thanks to the Santa Monica police mistakenly releasing Sheila following a loitering arrest, Cole finally gets a lead on Sheila’s whereabouts. That is, until the trail goes crazy and he’s thrown into a tangle of drugs, exotic women, and more death. Regardless of the case going sideways, Cole is determined to find the woman he once loved as a sister and get her out of their lives once and for all.

Rhys Ford’s Dirty Deeds may be purchased at Dreamspinner Press.

Rhys admits to sharing the house with three cats of varying degrees of black fur, a black Pomeranian puffball and a ginger cairn terrorist. Rhys is also enslaved to the upkeep a 1979 Pontiac Firebird, a Toshiba laptop, and a purple Bella coffee maker.

And at the Starbucks down the street. No really, they’re 24/7. And a drive-thru. It’s like heaven.

My books can be purchased, folded and first chapters read at Dreamspinner Press.