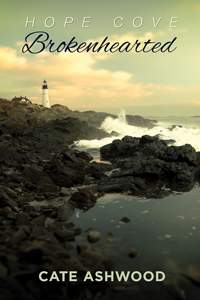 Oliver Parrish has been alone in the world since he was born. So when Sheriff Owen “Mack” Macklin shows up on his doorstep to deliver the news that Oliver’s sister has died, he’s beyond surprised. Still, Oliver returns with Mack to Hope Cove, Maine, hoping to get to know the sister he never knew he had. As he tries to snap these new elements into his solitary life, he’s not sure how they might fit.

His life is shaken up further as he falls in love with the irresistible town of Hope Cove, and with Mack, its equally irresistible sheriff. But when he receives devastating news about his sister’s cause of death, Oliver doesn’t know whether to stay and fight for love and a good life, or cut his losses and run.

Review:  A brilliant book.  There is so much involved in this story.  I didn’t see a lot of the twists coming.  I had in my head what was going to happen and when it didn’t, I was stunned.  I’m not surprised often anymore and this story surprised me, in the best of ways.

Oliver has no hope, no family, and lives his life day to day.  His heart tore at mine.  When he meets Mack his world is shaken.  He has to give up his life, albeit it’s not anything to write home about, but it is his, and he has worked hard to get where he is.

You mourn that he had family he never knew. I wanted his sister alive and well. I wanted him to have her. But she was gone and he was completely alone in the world. It made me ache for him. His strength is unbelievable.

Mack is deep in mourning for his best friend. He doesn’t know how to deal with Oliver. He was a surprise. He was more than I thought. He had more depth, more understanding, and more self awareness than meets the eye.

They are both thrown for a loop when the news about Marcie’s death comes out. I loved the ending of this book. I loved how there was struggle, growth, pain and healing. A beautiful book. A must read.